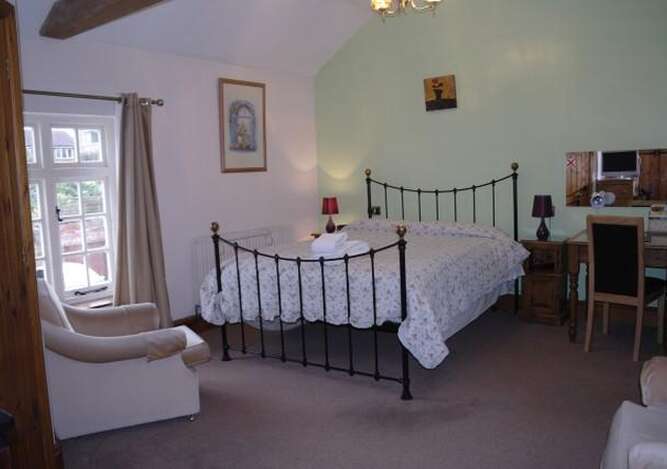 Rooms are available for Download Festival - Please phone for details

Selecting a suitable name for the guesthouse was one of the more interesting projects facing the previous owners, Pat and John, as they prepared to open the doors to residents for the first time.

The original Park Lane Farm House title was not far removed from that of a similar operation in the vicinity, and was deemed unsuitable.

The decision to settle for Castletown House was influenced by the fact that Pat's grand parents were associated with the Right Honourable Baron Castletown of Upper Ossory, in Mid-Ireland, during their working lives. Pat still has a book published by Baron Castletown in 1928 that bears his signature and was a personal gift to her grand parents.

Research carried out by Bruce Townsend of the Castle Donington Local History Society suggests that Castletown House stands on a site that has been used mostly as farm since well before the Norman Conquest and that the existing building dates from the early 17th century.

Although a little inconclusive, documentary evidence suggests that for most the last 100 years, the premises have belonged to the Summerfield family who operated as farmers.

Building styles indicate that the use of the area as farm has, in fact, been continuous for twice that period of time, although there is a hint in the records that it could have been utilised as a joiner's workshop for a short period.

The cellar, which is the oldest part of Castletown House, is complete with the original thralls. Other facilities used in the preparation and storage of food and drink are also intact while the outbuildings remain as a visual reminder of past operations.